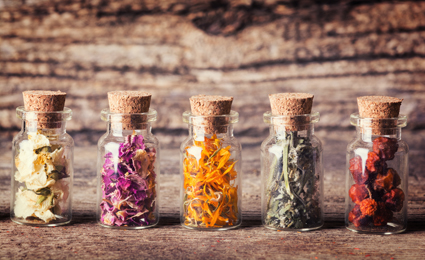 This weeks article commences with an appropriate quotation from Voltaire –

“Nothing could be more tiresome than to eat and drink if God had not made them a pleasure as well as a necessity”.

Long before the West became familiar with exotic spices, herbs and fruits, the civilizations in the middle east certainly viewed these as a necessity and their glorious cuisine is uniquely

special. As for maintaining homeostasis so many natural home remedies are rooted in traditional medicine from the Arab world.

For thousands of years man has known that health, fitness and healing was reliant on nature and to this very day Scientists and Nutritionists are discovering that much of modern medicine has its origins in plants.

Although westerners made good use of spices, many less known are perhaps overlooked in some cultures. These will be discussed below `

ANISE has a flavoursome and calming scent and can treat a range of digestive and respiratory issues and has potent anti-inflammatory effects.

BLACK CUMIN has properties to balance immune related complaints, acts as an anti-histamine and has analgesic properties.

The Prophet Mohammed once stated that this spice “contains a cure for every type of ailment except death” !

FENNEL was used in Islamic medicine due to its digestive benefits, particularly as a laxative and diuretic and extractions of oil together with massage can soothe tense muscles.

FRANKINCENSE has traditionally been grown in Southern Arabia, known for its religious uses and played a role in the story of the three wise men.

It is beneficial in post natal problems and hypertension.

LICORICE ROOT has blood purifying properties and was used more than 4000 years ago in Babylon.

The Egyptians extracted juice from the stalks and the leaves to treat topical wounds and extractions from the roots have shown to stimulate the adrenal glands.

OLIVE is mentioned in the Quran as the Holy tree and the olive oil extraction is renowned for its healthy fatty acids, skin softening effects and heart protection qualities. The leaf being used for anti-bacterial and anti-fungal infections, makes it a powerful supplement.

POMEGRANATE is also mentioned in the Quran as growing in paradise, cultivated in the middle east since ancient times and the fruit with its astringent properties can treat numerous ailments such as sore throats, inflammation and bladder issues.

ST JOHN,S WORT is a significant element of Arab herbal medicine and was used by practitioners in Palestine but has become almost extinct in the region .Well known and popular around the world it can be used to treat depression, anxiety, addiction and hormonal imbalance.

Lastly, society relies on laboratory created drugs like antibiotics which are powerful medicines and crucial to almost all aspects of modern medicine by fighting certain infections to save lives.

However the use of natural remedies is gaining in popularity and readers may well take note of the many advantages.